India is producing more entertainment content than ever before. With the advent of streaming services and a digital surge impelled by the pandemic, this is the opportune moment for idea-driven storylines.

As art and culture transform on the back of technological advancements, this report seeks to understand whether women, both on and behind the screen, are considered critical members of this progress. If not — what steps can we take to build a more inclusive entertainment industry. 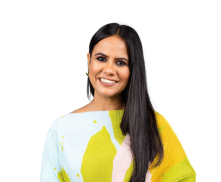 Stories inspire, connect, nurture, unite and generate empathy. Stories help carry the history, culture and values of a civilization forward. Therefore, we believe in the transformative role that media can play in influencing, inspiring and helping people form their identity in relation to the gender. The Indian media and entertainment (M&E) industry has the potential to be a torchbearer for improving gender representation in a rapidly evolving world. From providing equal opportunities and support across technical and creative job roles to changing the narrative through the power of stories, streaming and the wider entertainment industry, can be a positive influencer of change.

I believe that gender parity and equality are the fundamental blocks for building a truly collaborative, progressive and an inclusive society. Therefore, it is not just a pleasure but an honour for us at Prime Video India to support Ormax Media and Film Companion as they push the envelope with the second edition of O Womaniya! The in-depth analysis of this report highlights that women in decision making roles hire more women and digital is blazing the trail. This is reassuring and we must continue the good work. In fact, advocacy based on data is far more impactful – it helps us make the invisible, visible. This report will help us encourage dialogue and build support systems for women across the board. It is heartening to see the widened scope of the report to cover theatrical and digital content, and the collaboration and support that the report has received this year from several industry bodies.

I am certain that this report will draw attention to and generate more meaningful conversation on gender sensitive and gender transformative content that can help break stereotypes and pave the way for a truly diverse, equitable and an inclusive industry.

BHUJ: THE PRIDE OF INDIA

HUM DO HAMARE DO

RADHE: YOUR MOST WANTED BHAI

OUT OF LOVE S2

THE LEGEND OF HANUMAN

Stars behind the Stars

It takes a village to make a movie or series, and what we finally see on-screen is a direct reflection of the numerous decisions made by creative leaders behind it.

To understand the extent to which female leadership is represented in creative roles, we looked at female representation in key Head of Department (HOD) positions across our selected 150 properties.

female HODs appointed when the commissioning in-charge was male

female HODs appointed when the commissioning in-charge was female

Not even one theatrical film (out of 56) was directed or edited by a woman.

Not even one HOD position across 34 Malayalam, Kannada, Marathi, Punjabi, and Bengali properties, was held by a woman.

Not even one theatrical film (out of 56) was directed or edited by a woman.

Not even one HOD position across 34 Malayalam, Kannada, Marathi, Punjabi, and Bengali films, was held by a woman.

All 150 properties were evaluated on the Bechdel Test, which is an Internationally-accepted measure of female representation in cinema.

In order to pass the test, a film must have at least one scene where two named women are talking to each other about something other than a man.

For streaming series, given their longer runtime, the criterion was modified to ‘at least three scenes’.